A pioneer in computer visualization, Professor Seales began working with damaged manuscripts as part of the digitization of items in the Cotton Collection at the British Library. The digital library movement began in the 1990s as an effort to preserve and share texts through document imaging. 2D digital photos of pages were taken and then assembled as an electronic version of a book or document.

While working to create electronic facsimiles of such classic texts as Beowulf, Professor Seales was struck by the fact that digitization did nothing to overcome the damage inherent in aged manuscripts. In transforming a text from analog to digital, the process brought along all of the problems posed by decay and destruction. For example, the items in the Cotton Collection had been charred by fire and cockled from the water used to save it. It was impossible to flatten out the physical page when scanning or photographing it. Doing so would introduce additional harm. But, the undulations in the page distorted it and introduced changes that were difficult to distinguish from original characteristics of the manuscript. What if, Professor Seales wondered, we could use digitization tools to not only create an electronic image of a document, but also to restore it to its original condition? By returning a manuscript to its pre-damaged state, a non-extant version of a text would be created, enabling more complete scholarly study and analysis. Thus began the twenty-year effort that led to a software system and a vision for recovering information in the “invisible library” once thought lost forever.

From Damage to Discovery – A Timeline of Innovation 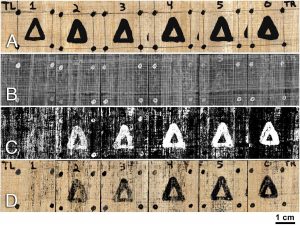 From Invisibility to Readability: Recovering the Ink of Herculaneum
View Project 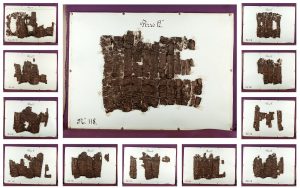 The Scroll from En-Gedi, The Israel Antiquities Authority
View Project

The Cotton Collection, The British Library

WHAT THEY ARE SAYING

The significant progress we are making with fragments from the Dead Sea Scroll collection inspires us to keep working toward a comprehensive set of tools for revealing every manuscript in the invisible library.

When we saw Dr. Seales' results on the scroll from En-Gedi, we almost fainted. Never in our wildest dreams did we think anything would come of it. We had been certain it was just a shot in the dark.

We Need Your Help!